WHISPERS FROM THE SILENCE

J. W. Steele’s lifelong dream is to be a songwriter. He is an ex-New England Patriots’ quarterback, and was stuck in a marriage he once described as “six years confined to a Turkish prison with occasional time off to go to small appliance sales with the warden,” until she left him. After moving to Nashville, he finds his soul mate, Angela Trappani (“Trapp”). They fall in love, call their act ‘Steele Trapp Mind’, and write songs by waiting for the silence to whisper the lyrics. The sky’s the limit until tragedy strikes. Trapp’s father is a victim of securities fraud, loses everything and suffers a stroke. Although she has quit practicing law, Trapp moves back to Houston to take over his practice. Once there, she and J. W. become estranged after she rekindles a past romantic relationship. J. W. fights to win her back but nothing works. That’s when he grabs his Martin guitar and pleads with music for help. The silence starts to whisper. Finally, he knows exactly what to do

After years of heartbreaking infertility, Ann Sorenson finally conceives through in-vitro fertilization. The joy of conception is overwhelming. Then, nature intervenes when she delivers a baby several weeks premature. Joy turns to confrontation as everyone knows this child can NOT be hers. She and her husband are both Caucasian, and the infant is African-American.

How could this happen unless she got the wrong sperm? The situation intensifies when Ann learns that both she and her baby are infected with the AIDS virus—a death sentence, especially for a preemie in ICU. All she wanted was a child; instead, her whole life became imperiled by a mysterious stranger.

Was this human error or a deliberate attempt at sabotage? A genetic phenomenon? Or, most likely, an illicit love affair?

This story showcases betrayal, retribution and character. Destiny triumphs with inevitable results. Revenge for the wicked. Peace for the betrayed. Forgiveness for those who deserve it.

Tim Cagle is a practicing trial attorney in the fields of Medical Malpractice, Products Liability, and Wrongful Death law. He has also served as co-counsel to other trial lawyers by conducting the cross examination of adverse expert witnesses during trials.

He received a Bachelor of Arts Degree from Kansas State College and a Doctor of Jurisprudence Degree from Suffolk University, Boston, Massachusetts.

After playing college football, he served as an assistant high school football coach.  He has written over three hundred and fifty songs, played professionally in groups and as a single performer and spent time in Nashville as a songwriter.  He is the author of Whispers From The Silence, a novel based on his experiences writing songs and his career as a singer/songwriter.  It was released in June, 2017.  His second novel, Unexpected Enemy (Ultimate Revenge), a medical/legal thriller and the story of a woman who receives a mysterious stranger’s sperm at an infertility clinic, was released in December, 2017.

His biggest regret in life is that he did not spend more time concentrating on guitar riffs, lyrical hooks and finger-popping melodies, and less time learning about when to blitz if the guards pull on third and long, blistering cross-examination techniques and expert witness fee schedules. 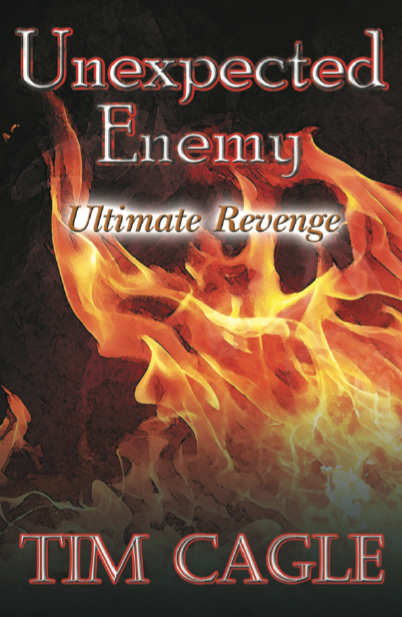 What is your work schedule like when you’re writing?

I am a semi-retired medical malpractice attorney so my schedule is much lighter than it was as I have not been in a courtroom for a while.  I write constantly and continue to evaluate ideas.  I’ve been lucky because I’ve never experienced writers’ block.  Maybe that’s because I suffer from lawyer’s disease and probably like to listen to myself talk so I have no need to become blocked.

I’m also an ex-law professor and frequently get contacted by ex-students who are now lawyers to opine on cases or answer questions about admissibility of evidence.  I still get ideas for books by reviewing potential legal cases.

What is your most interesting writing quirk?

I have two major quirks.  First, I still keep a flashlight, pen & legal pad next to bed so I won’t wake up my wife when an idea won’t let me sleep.  I’m trying to upgrade from pen and legal pad to using my I-pad but old habits die hard.

Also, I love to eavesdrop on conversations in public places to see exactly how people interact in certain situations.  Then, I try to turn that dialogue from the way people actually speak, to the way most people wish they could speak in a pre-designated situation, because most of us like to relive situations where we wish we could have said something in a different way.

What do you think are the elements of a good story?

What common traps do aspiring writers fall into?

I believe the biggest trap is trying to be and/or write like someone else. John Grisham and Scott Turow are both lawyers but I do not want to write or analyze like they do.  Our experiences seem to be vastly different and while they are great writers, I want my own distinctive style even though our legal backgrounds serve as a common denominator.

I also believe that many writers fail to do the proper research in areas unfamiliar to them.  By proper research, I mean that in addition to understanding how the mechanics of a particular undertaking work, a writer needs to know how a character would likely react to such a particular situation, and especially how a character would react if that situation did not progress as planned.  That might give a reader the insight he/she is looking for in a story.

How effective do you think social media is for authors? How should it be used?

I believe social media is over-emphasized for book promotion.  I believe quality reviews are the best way to spread the word about a book.  Social media can be a place to experiment because it is cost-effective.  I use social media to promote my books by determining what kind of advertising gets the most results. Again, I believe it is vital to engage the reader.

I use Twitter, Instagram, Facebook and to a lesser extent, Linked In.  I also think it is important  to find a niche and fill it.  For example, with regard to my book about country music, I often present puns about country songs by historical figures in the hope that the reader can identify.  I love parody country songs, like my favorite from Rodney Crowell and Vince Gill, ‘It’s Hard to Kiss The Lips At Night That Chew Your Ass Out All Day Long’, or the blockbuster from Shel Silverstein, ‘Lord, Ain’t It Hard When It Ain’t’.

Those offerings helped me create some of the song titles in my book, like ‘Your Love Was Priceless, My Lawyer Was Seven Hundred An Hour’ or ‘The Kindness of Strangers Led Me To A Week On Penicillin’.